The Salmon River is one of the most remote and beautiful areas in the northern California/southern Oregon’s Klamath-Siskiyou bioregion. The 751-mile watershed lies entirely within the Klamath National Forest.

In the wake of the 2013 Salmon River Fire Complex, which burned 14,754 acres in the Klamath National Forest, the Forest Service plans to salvage log 334 acres alongside sensitive watersheds set aside for salmon spawning and within old growth critical habitat reserves.

While some of the project is legitimately focused on reducing the safety risk to the public from the fire area, much of the project focuses on logging areas that are steep, unstable, and very unique ecologically. WELC believed that this case was ripe for a settlement without litigation, and in mid-2014, the Forest Service agreed to forgo the most controversial logging in exchange for forgoing litigation.  As a result of our negotiations, old growth forests affected by wildfire remain standing, providing wildlife habitat and clean water for the public. 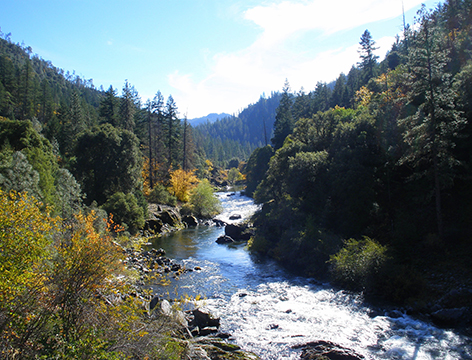