A coalition of local, regional and national conservation watchdog groups filed suit today to ensure the U.S. Fish and Wildlife Service adopts policies that give endangered Mexican gray wolves a fair shot at recovery in their historic U.S. range.

In January 2015, USFWS issued a final rule that refuses to consider the only wild population of Mexican wolves as “essential” to the species’ recovery, arbitrarily caps the population of Mexican gray wolves at a level far below what scientists consider necessary for recovery, prevents wolves from recolonizing native habitat in northern Arizona, New Mexico, Colorado, and Utah, and allows more killing of Mexican wolves by federal agents and private landowners.

“Unfortunately, politics supplants wildlife biology in key parts of the USFWS Mexican gray wolf plan,” said John Mellgren, the Western Environmental Law Center attorney representing the advocacy groups in the lawsuit. “Our goal in this case is to put the science back into the management of Mexican wolves in the U.S.”

“Banishing Mexican wolves from their native habitats to appease political interests is the latest mistake in the Service’s long history of mismanagement of the species’ recovery,” said Bethany Cotton, wildlife program director for WildEarth Guardians. “The only wild population of Mexican wolves is clearly essential to the species’ survival and recovery.”

The final rule takes the unprecedented step of capping the Mexican wolf population at 300–325, and states that any excess wolves will be placed into captivity or killed. Capping the population is not based on the best available science and will not benefit the conservation and recovery of the endangered Mexican wolf. Indeed, the best science shows that at least 750 wolves spread across three populations is necessary for recovery.

Although the final rule expands the geographic boundaries of the area in which Mexican wolves will be allowed to roam, it ignores the best available science showing wolves must recolonize areas in the Southern Rockies and Grand Canyon to recover. By mandating the removal of any Mexican wolf that wanders outside the arbitrary, political boundaries established by USFWS, the agency undermines Mexican wolf recovery.

“Mexican wolves have struggled for almost a century because of human efforts to eradicate the species,” said Judy Calman, staff attorney for the New Mexico Wilderness Alliance. “These embattled, iconic animals shouldn’t also have to struggle against the very agency tasked with saving them.”

The revised rule also allows for increased lethal take and permanent removal through placement in captivity of wild Mexican wolves. USFWS presents no scientific justification of how removing more wolves from the wild meets its duty to conserve and recover the Mexican wolf.

“As it stands today, there are no excess Mexican wolves,” said Friends of Animals President Priscilla Feral. “Instead, there is a dire need to protect the few remaining wolves struggling to survive, which cannot be achieved under the immoral, predatory and failed machinations of the U.S. Fish & Wildlife Service.”

The Mexican gray wolf is the smallest, rarest and most genetically distinct subspecies of gray wolf. The species was listed under the Endangered Species Act in 1978, but recovery efforts have largely foundered because USFWS has yet to do what science shows is necessary to restore the species. 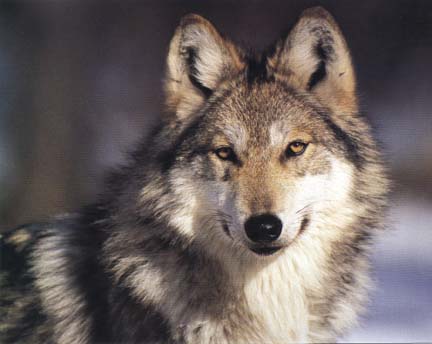