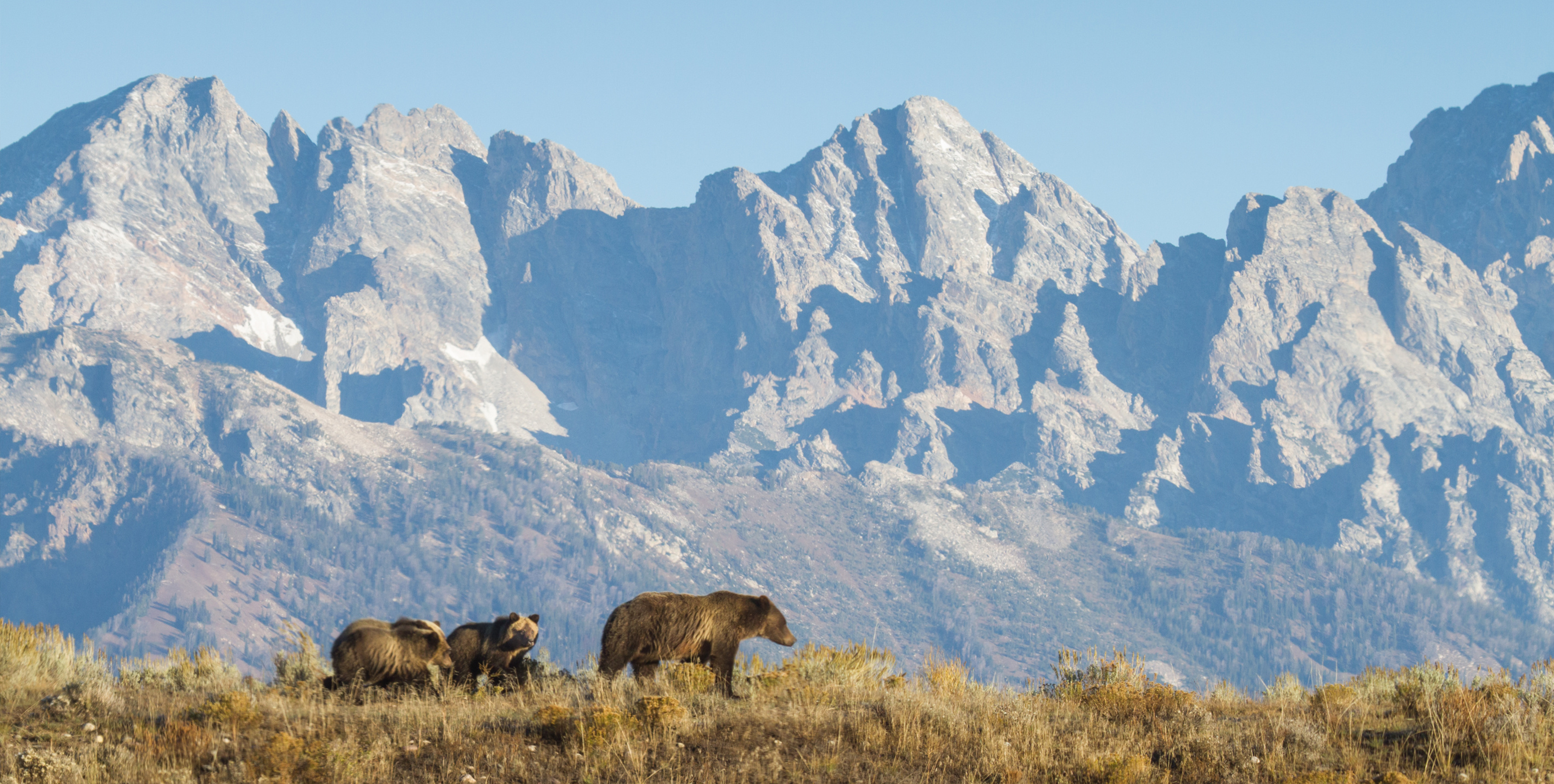 Once ranging throughout nearly the entire Western half of North America, in the past century grizzly bears were exterminated from 98 percent of their historical range in the lower 48 states. Instead of large swaths of contiguous habitat, the bears were reduced to small pocket populations in the Northern Continental Divide, Greater Yellowstone, Cabinet-Yaak, Selkirk, and North Cascade ecosystems.

In 1975, Americans woke up to this extinction crisis, and Congress gave grizzly bears Endangered Species Act protection. As a result, between 1975 and 2007, the grizzly bear population in the Greater Yellowstone region rose from 136 to 571. Since that time, the U.S. Fish and Wildlife Service has repeatedly attempted to remove endangered species protection for grizzly bears in the Greater Yellowstone Ecosystem, claiming the bears have sufficiently recovered, despite numerous scientific studies to the contrary.

We believe those bears are crucial to helping the other segmented grizzlies across the West recover. In addition, we’re not willing to gamble these iconic animals’ future as scientists have limited understanding of why one of the grizzly’s primary food sources, the whitebark pine seed, is declining precipitously. Apex predators are crucial to environmental health, providing checks and balances needed to prevent ecosystems from unraveling. Because top predators are generally high-energy hunters, their populations stay relatively small, leaving them vulnerable.

When top predators are reduced or removed from an environment entirely, cascading effects can throw the natural order into disarray. The grizzly bear is one of these linchpins of the American West.